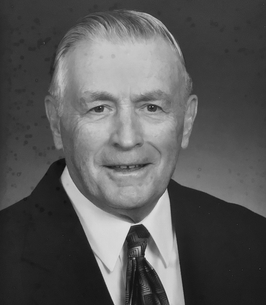 Ward Clayton Frazee passed away on May 19, 2022, as his wife of 57-years held his hands until he entered the arms of his other great love - Jesus.

As the next to youngest boy of the eleven children of Hiram and Edith (Teets) Frazee, Ward was born on February 25, 1938, in the aptly named small town of Friendsville, Maryland – the same town where he lived for 77 years with his beloved wife, Carol (Fike) Frazee, and his adoring daughters – Autumn Barclay (husband Bryan) and Kendra Kenney (husband Michael). Ward had many nicknames – Captain, Louie, and Pete, but his most treasured name was when his grandchildren – Colton Thomas (wife Shauna), Hunter Barclay, Walker Barclay, and Braelyn Kenney – called him “Pap Pap.”

Ward loved his country, serving in the Army in the 344 Transportation Company stationed in Fort Story, Virginia, and was a member of a select group who assisted astronaut Scott Carpenter with his training at Cape Canaveral, Florida. The only thing sharper than Ward’s mind was his aim, as he earned the Carbine rank of expert shot. His marksmanship is evident by the numerous animal trophy mounts that adorned the walls of his homes. His hunting trips and vacations took him to British Columbia, Mexico, Brazil, Alaska, Hawaii, and across the continental United States.

As Ward fought a valiant eight-year battle against cancer, he epitomized strength – the same strength that he channeled as an athlete who played softball until his late 50’s. His accolades include being a homerun champion, the most outstanding player on his team, and competing in the world tournament competition. Ward was a diehard Steelers and Pirates fan, but nothing compared to the glow in his blue eyes when he showed up rain or shine to cheer on his grandchildren.

Ward’s warm embrace and charismatic personality made countless people know they were dearly loved, and countless people showed Ward love through their prayers, kind acts, and medical care, especially Dr. Loveria and Dr. Bijjula. There aren’t enough pages in the newspaper to list everyone who enriched Ward’s life with their love.

Family and friends will be received at Mount Zion United Methodist Church on Sunday, May 22, from 5-8 p.m. and on Monday, May 23, from 12-2 p.m. with the funeral service immediately following at 2 p.m. in the church sanctuary with the Rev. Dan Agnew and the Rev. Richard Riley officiating. Interment will be in the Whetzel Fike Family Cemetery.

In lieu of flowers, the family requests that donations may be sent to Mount Zion United Methodist Church at 16864 National Pike, Frostburg, Maryland 21532, or to Berean Independent Baptist Church at P.O. Box 335, Fort Ashby, West Virginia 26719.