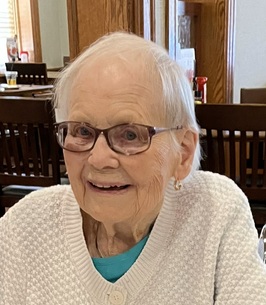 Ruth was born in Brockton, MA, in 1922, to Eva Ford Brown of Kettering, England and Harold Hamilton Brown of Prince Edward Island, Canada.

She studied at Boston University and Simmons College and received her Registered Nurse Degree from the New England Deaconess Hospital in Boston, part of the Harvard Medical School. She served as the head nurse in the cancer ward of the New England Deaconess Hospital. In April 1945, she married Myles Maxfield and helped support him as a student at Harvard Medical School. For the next two decades, they lived in numerous locations in Massachusetts, New York, Maryland, and California. During those years she dedicated herself to raising their four children.

When her children were grown, Betsy worked as a retail fashion specialist at Hecht’s and Garfinkle’s department stores, and at the National Geographic Society. She volunteered at the Cystic Fibrosis Foundation, the Literacy Council, and the Adventist Health Care Medical Center in Gaithersburg MD. During these years Betsy played a key role in raising several of her eight grandchildren who include Daniel, Emily, Kimberly, Ian, Perry, Myles Christopher, Nicolas, and Marcela. She also served as caregiver to her father Harold and to her husband Myles. She lived in Grantsville MD for sixteen years and in Cumberland for the last three years where she has been an avid supporter of music and arts.

She is survived by her four children, Myles Maxfield Jr. (Linda) of Granite Bay, CA, MacRae Maxfield (Maria) of Teaneck, NJ, Nancy Salmon (Douglas) of LaVale, MD, and Dana Maxfield (Lonnie) of Baton Rouge, LA, as well as by the eight grandchildren and three great grandchildren: Iona, Conall, and Noah.

A private memorial service will be held for the immediate family at Newman Funeral Homes, P.A., 179 Miller St., Grantsville.

In Lieu of flowers you may contribute to Doctors Without Borders or Music At Penn Alps.