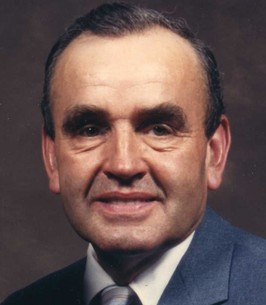 Born July 22, 1935, in Confluence, PA, he was the son of the late Adam Julius and Edna Hazel (Miller) Oester. Robert was preceded in death by his wife, Aquilla Mae (Richter) Oester, November 5, 2012. At the time of her death, they had been married 55 years. He was also preceded in death by one brother, William Calvin Oester and one sister, Marjorie M. (Oester) Kretlow.

Robert was a member of Trinity Lutheran Church, LCMS, Fairhope, PA. Mr. Oester, along with his brother, William, was co-owner/operator of Oester Brothers Agway, until William's retirement in February, 1987. He and his wife, Aquilla, continued to operate the farm supply store under the name of Grantsville Feed and Supply until his retirement in 2001.

He served in the Maryland National Guard from 1956-1964, and was a member of the first graduating class of Northern Garrett High School in 1953.

Robert was a devoted husband, father and grandfather. He enjoyed working on the family farm and talking to friends and family.