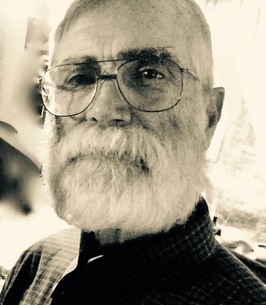 Richard A. Towers, Game Warden and Town Councilman, Dies at 77

Richard A. Towers, of Grantsville, also known as Rich, Tree, Officer Towers, Dad, and Uncle Dickie, as well as Lion, Grasshopper, Councilman, Airman, Guard, and President, died on Thursday, August 26, at Mountain City Center for Rehab and Nursing in Frostburg, of complications from kidney disease. He was 77 years old.

The family sifted through a tower of honors, awards, plaques, and certificates several feet high before settling on the central fact of Richard Towers’s life: He loved his wife and three children, the outdoors, his many friends, the Town of Grantsville, and Garrett County, roughly in that order.

He was able to strike up a conversation with and befriend nearly anyone he met, and many of these people never forgot the encounter.

Mr. Towers was born on May 17, 1944 in Greensboro, Maryland, to Lester Towers and Hazel Adams Towers, both of Denton.

He went to North Caroline High School in Denton, graduating in 1962, and was active in the Boy Scouts and as manager of the basketball team. He sold newspapers and cleaned the windows of the stores on Main Street to buy his first bicycle.

Mr. Towers perpetrated his first act of social activism at the school when he dyed his hair green with Kool-Aid for St. Patrick’s Day. He fought his suspension from school for this, which led to a permanent revision of the dress code.

He also spearheaded a strike against the school cafeteria, inspiring his fellow students with the slogan “We don’t have to eat this s—” following a lunch in which the cooks had burned the potato salad. The entire school brought their lunch in brown bags, and the school listened to the students and made changes to the menu, serving largely edible food.

In the U.S. Air Force, Mr. Towers held the rank of airman from 1962-1966, specializing in radar equipment repair, where as part of that post he calibrated the air-traffic control system in Okinawa, Japan during the Vietnam War. The Air Force is where Mr. Towers was given the nickname “Tree,” to reflect his height, 6’3 1/2”.

Following the Air Force were stints studying at the University of Virginia at Wallops Island, where he played The Wall in a production of A Midsummer Night’s Dream. He was maintaining vats of canned peas at Fox’s Cannery in Hillsboro, when he met his future wife, Linda Mueller, who was working a summer job. The two were married on June 26, 1971.

It was during a camping trip to Swallow Falls State Park in Oakland with his then-fiancée, Linda, and her family that Mr. Towers decided to pursue work as a game warden. Like many people, on his first visit Mr. Towers was astonished to discover Maryland had mountains. Mr. Towers always said that one of the luckiest breaks of his life was the Garrett County game warden post becoming available after he graduated the police academy.

He attended the academy from 1973-1974 and moved with his family—which by then included two young children—to Grantsville in 1974, where he took up his post as a Department of Natural Resources Policeman. (His youngest child was born later, in 1988.)

Officer Towers liked to describe his work as “tromping around in the woods—and they pay me for it!” His least favorite part of the job was boat patrol on Deep Creek Lake, which was physically punishing, and he much preferred the “bunny cop” aspects of being a game warden: shooting the breeze with fishermen after he checked their licenses, “chasing spotlighters,” and walking such breathtaking trails as the ones through the mountains of the Savage River State Forest, patrolling for poachers.

He taught hunter safety for more than 30 years, including after his retirement, as a Senior Instructor in Hunter Safety for the DNR Outdoor Education Department. Teaching young people to respect both wildlife and firearms was quite possibly his favorite form of public service.

Officer Towers taught hunter safety in uniform, and he wore his name tag upside down. When he introduced himself to a new class, he’d pause and look down at his shirt as though he had to remind himself of his name.

While working for the DNR, Mr. Towers organized with the Maryland Classified Employees
Association, where his participation in a union strike on state headquarters resulted in DNR policemen being reclassified as law enforcement officers, so that they would receive the same salary, pension, and benefits as other Maryland police.

He also organized with the Fraternal Order of Police, a police officers’ union, where he represented Garrett County as both a Delegate and a Guard until September 2020.

Officer Towers retired from the DNR in 2000 after 26 years of service.

His deep love for the town and people of Grantsville was most visibly seen in his involvement with the Lions Club fellowship, which started in 1984 and continued until this year. He served as
President in 1990-91 and was Booth Chairman of the annual Grantsville Days festival for many years, as well as lottery calendar chairman. Mr. Towers was awarded the Lions Club’s highest honor, the Melvin Jones Award, in 2007 for dedication to the Lions. The Lions still use Mr. Towers’s grilled chicken recipe at Grantsville Days and other fundraisers.

Councilman Towers served on the Grantsville Town Council for many terms on and off starting in the 1990s. He took particular interest in the town park, the upgrade of the water and sewer system, and Grantsville’s relationship to Garrett County’s arts organizations.

One of Mr. Towers’s most treasured civic service roles as an Air Force Veteran was as a Funeral
Honor Guard for the Grantsville Post of the American Legion.
Less formally, Mr. Towers was the registrar and treasurer of the Outlaw Hole Fishing, Card-Sharking and Drinking Club, whose membership included a sheriff, a judge, and a hall-of-fame wrestler; and a member of the Grasshoppers, a collegial bunch of golfers who traveled around the greens of Maryland, Pennsylvania, West Virginia, and beyond.

After his retirement, Mr. Towers studied such topics as fly-tying, stained glass, furniture caning, public speaking, and digital photography at both Garrett College and Allegany College. Other lifelong hobbies included carpentry, reading crime and spy fiction, and telling jokes and stories, the skill for which Mr. Towers is perhaps best known.

He is survived by his wife of 50 years, Linda; his brother Thomas and wife Flora, of Annapolis; his sister Carole and husband Russ, of Austin; a few dozen nieces and nephews, and his three children, Tarin Towers, 49, of San Francisco; Matthew Towers, 47, of Pittsburgh; and Kathryn Towers, 33, of Baltimore.

A visitation with the family will be held at Newman Funeral Homes, P.A., 179 Miller St., Grantsville, on Friday, September 3 from 5-7 p.m., followed by military rites accorded by the Grantsville Post 214, American Legion.

The family is planning Celebrations of Life for Richard in Grantsville and on the Eastern Shore in the coming months.

In lieu of flowers, you may make a donation to the Richard A. Towers Parks and Nature Memorial Fund, P.O. Box 308, Grantsville, MD 21536. Cards can be sent to the same address.

If you’d like to share a story or anecdote for an audio storybook, please call 240-580-8218 and leave a voice message, or send stories and photos to eyebrowseverywhere@gmail.com.