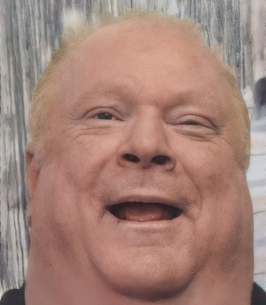 Malcolm Darrell Broadwater, 60, of Avilton, MD, is home with His Lord and Savior after a 45 year battle with being a quadriplegic, December 31, 2021.

Born March 28, 1961, in Frostburg, MD, he was the son of the Diona Jean (Crowe) Broadwater and the late Roy D. Broadwater. Malcolm was preceded in death by a sister, Bonnie Lee and brother-in-law, Eugene Miller.

He was a member of Mt. Zion United Methodist Church, Route 40, Frostburg and Woodman of World, Lodge #41, Grantsville.

Malcolm had a very loving, kind and generous spirit. He enjoyed visitors and everyone that came in contact with him could see he was a unique individual and left uplifted and inspired. Malcolm painted with his mouth. He loved his family and he did all he could to help them out, (mainly by giving them advice) if they wanted it or not, and never met a stranger.

The family would like to thank all his care-givers over the past 45 years. Each one had a special place in Malcolm's heart. A special thank-you to Dr. Shakil, Garrett Regional Medical Center, Oakland, MD, ICU Department and a special thank-you to Matt, RN, for his good care and touching support for the whole family. “Your care and loving touch was much appreciated.” Also, thank you to the rescue squads who responded many, many times!

We will sadly miss you, Malcolm, from your fiery red hair, to your big smile and the warm spirit that always encouraged us to do our best. You left us feeling thankful and blessed to have you as a part of our family.