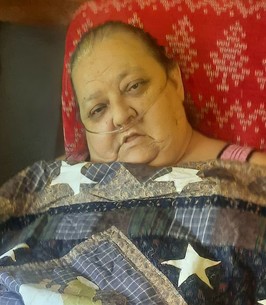 Born August 24, 1954, in Kingwood, WV, she was the daughter of the late Charles Henry and Mary Lee (Dodd) Adams. She was also preceded in death by one granddaughter, Katelynn Blake Sweitzer; one brother, Chuck Adams; one niece, Kathleen Kay Eichorn; one great-niece, Oakley Stern.

Mrs. Warnick was a homemaker who loved to watch her birds, especially red birds. Her grandchildren and great-grandchildren meant the world to her. She was a member of the Bittinger Vol. Fire Dept. Auxiliary.