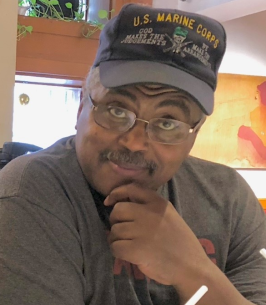 Born and raised in West Philadelphia, Kenny, a USMC Veteran, was a well-traveled truck driver with more than 33 years on the road. He was GPS before there was GPS. He had many loves including music, movies, cars, animals, and grilling. A member of one of Philly’s finest, Complete Version, he had a musician’s soul as well as the uncanny ability to pick up almost any instrument and play a few chords. He was also an avid movie fan with a collection of VHS tapes and DVDs that could rival your Netflix subscription. Kenny was also a certified mechanic and had the Mr. Fix It mentality.

Kenny continued to deliver goods throughout the United States during the COVID-19 pandemic, and it would be on his last haul from Florida to Virginia where he would become stricken with COVID-19. As our Superman put it, he had found his kryptonite.

Kenny is survived by his wife and partner of 37 years, Rose, his children, Kenneth Muti Lloyd, of Philadelphia, PA; Michael Pratt, of Grantsville, MD; Summer Pratt, of Georgia; Caiti Pratt (Melissa), of Colorado; and Sophia Lupinek (David), of Baltimore, MD; his mother, Margaret; sister, Pat; and brother, Ronald; as well as grandchildren, Noah and Elijah Pratt. Kenny was preceded in death by his father.