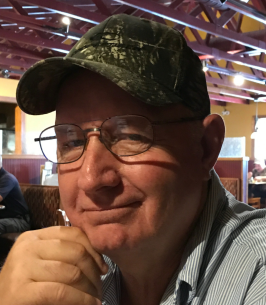 Joseph (Joe) Spiker, 70, of McHenry MD, passed away on Tuesday November 16, 2021, with his loved ones by his side. He was the son of the late Ralph Vernon Spiker and Ruth Friend Spiker, brother to Adrian, Naomi, Bill, Mary, and Marti. Beloved Father to Joey (Andrea), Josh, and Katie (Steve), Grandfather (Pap) to Jake, Madison, Alex, Logan, Chloe, and Sadie.

Joe grew up in Sang Run, hunting, fishing, and learning how to do for himself while caring for others. His Father and Uncles taught Joe how to build, to create something from near nothing, while his Mother and Aunts shared with him the importance of strong family bonds through homecooked meals and gathering together to celebrate and mourn. One of his favorite places to be when he was a kid was on the steps of Friends Store, listening to stories from the old timers, only a short distance from the Youghiogheny River that he and his siblings loved to play in.

He was a Sergeant in the 121st Engineer Combat Battalion and served his country faithfully from the time of his enlistment in the Army National Guard at 17, until being honorably discharged in 1977. His unit regularly deployed to flooded communities and others struggling to recover from natural disasters. In his lifelong care for the Sang Run Cemetery Joe honored the veterans buried there by having “Taps” played on Memorial Day each year in recognition of their sacrifices.

While he was in the Guard, Joe also became an entrepreneur, founding Spiker Brothers Construction with Bill in 1976. While they eventually parted ways in business, they continued to collaborate and support each other as part of the network of original builders in the Deep Creek Lake area and across the County. As his family grew, Joe built hundreds of homes for others, both residents and visitors alike. The Gleanings Village, The Red Oaks 1 & 2, The Greens at Wisp, and Deep Creek Estates continue to thrive while a new generation of young families now explore the creeks and forests of Sang Run just as he did.

He was active in his community, forming the Sang Run Christian Center in 1994, where he shared the word of God for 27 years with love, devotion, and much prayer. His commitment to the elders of the small valley was demonstrated by doing all he could to help those on their way to the Heavenly Father leave our world in as much comfort as possible. For those that remained behind he was steadfast in his support of them through grief counseling, listening, and sharing meals during their most difficult moments. Joe often ended a sermon by saying “Remember friends, it’s all about Jesus.”

He embraced the joy and playfulness that each new young person brought to our valley by organizing large easter egg hunts in the spring, teaching them how to pitch horseshoes during summer reunions, sight their guns in for deer season, and driving endless shuttles for sled riders in The Gleanings. One of his favorite things to do was share the views from his front porch on the Hill with close friends and family. An imperfect person in an imperfect world, Joe did all he could to grow with his community and help it become better in many ways.

Joe asked for no service, only that those who remain renew their commitment to our community through donations to Cindy’s Fund, P.O. Box 182, Oakland, MD.

Arrangements were made through Newman Funeral Homes, P.A. and his family is forever grateful for the compassion and kindness.