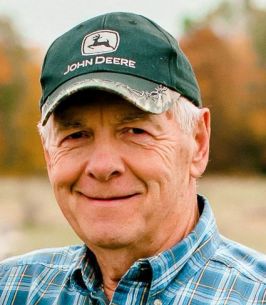 Born September 19, 1951, in Meyersdale, PA, he was the son of the late Harry and Leah (Hetrick) Campbell. He was also preceded in death by one brother, Richard Campbell and one sister, Bonnie Self.

Mr. Campbell was a brick layer for Clayburn and a Garrett Co. Fair Stockholder. He was an avid horseman from a young age, who also raised club calves for 4-H members for the past 10 years. Jack was a member and usher of The Father’s House and member of the Mtn. Top Saddle Club and Garrett Co. Livestock Association.

Friends will be received at Newman Funeral Homes, P.A., 179 Miller St., Grantsville, on Wednesday, December 8, 2021, from 2-4 and 6-8 p.m. Funeral services will be conducted in The Father’s House on Thursday, December 9, 2021, at 11:00 a.m. with Dr. Sharon Colisino and Dr. Tim Colisino officiating. Friends may call at the church one hour prior to the services. Interment will be in the Grantsville Cemetery.

Expressions of sympathy may be directed to the Bittinger Vol. Fire Dept., 176 Brenneman Rd., Bittinger, MD 21522.