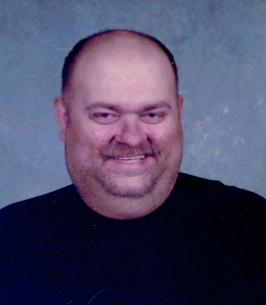 On Sunday, February 27, 2022, heaven gained a gentle soul with the passing of Gregory David Hersick. Greg’s death was due to a fall.

Born on July 19, 1967, he was the son of the late George David and Mary Delores (Broadwater) Hersick. In addition to his parents he was preceded in death by his grandparents, George and Margaret (Adams) Hersick, along with Lester and Rose (Laudermilk) Broadwater, and uncle, Michael Hersick.

Greg had recently moved to the Frostburg Heights apartments, after the death of his mother on September 24, 2021, where he made many new friends. He was known for the great aroma coming from his apartment each evening, and was glad to share his meals with his neighbors. Greg grew up in Avilton and was previously from Westernport. He was a graduate of Northern High School class of 1986.

Surviving is his sister, Ann Alita Hersick, who he took excellent care of and his partner, Debbie Wilhelm, who he met on the playground of Route 40 School and their love grew to this day.

Greg was a Catholic by faith. His passion in life was cooking and taking care of others. His nightly sign off on Facebook usually included the menu for the Hersick evening meal, leaving his followers longing for a dinner invitation, but with Greg that wasn’t necessary – just show up!
Greg will forever be remembered for his love of canning and his holiday special Pumpkin Rolls (made from his own canned pumpkin) he shared with neighbors and friends.

He also loved his K-9’s of which he had many over the years, but his current one, Cuddle Bear, is surely missing him. Another of Greg’s qualities was his love for our veterans, he always thanked them for their service. Greg and Debbie loved to sing karaoke and one of his favorite singers was Elton John from where he got the nickname “Rocket Man!”

Friends will be received at the Newman Funeral Homes, P.A., 179 Miller St., Grantsville, MD, on Friday, March 4, 2022, from 1-2 p.m. A memorial service will follow in the funeral home at 2:00 p.m. with Deacon Harold Bradley officiating.