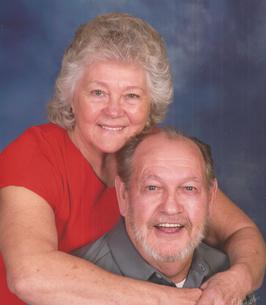 Gary was born February 13, 1948, in Jennings, MD, he was the son of the late Warren and Alice (Durst) Beitzel. He was also preceded in death by one sister, Cass Shank; four brothers, Jake, Kermit, John and David Beitzel.

Betty was born December 3, 1950, in Oakland, she was the daughter of the late George and Marie (Wilt) Fazenbaker. She was also preceded in death by her husband, Gary Arthur Beitzel; two sisters, Mary Suter and Joann Maust; four brothers, Ralph, Larry, Melvin and Donald Fazenbaker.

They were both preceded in death by a grandson, Rhyan McKenzie.

Gary was a foreman for Carl Belt Paving for many years and a U.S. Army veteran of the Vietnam War. He loved hunting and old cars. Gary was a “matter of fact” guy in all things. He was a member of the V.F.W., NRA and the American Legion. Gary was a great friend who always had your back if needed.

Betty was a seamstress for the Meyersdale Manufacturing for many years. She enjoyed cooking and family get-togethers. Betty cared about everyone and especially treasured all children. She loved singing and being with her church family.

Betty was also survived by one brother, Dale Fazenbaker, Grantsville.