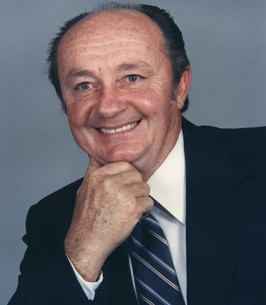 A live stream for the service of Eugene Durst, will be available Sunday, November 21, 2021, at 2:00 p.m., clicking Eugene F. Durst Live Stream

Gene led a full life, serving as an Army Medic for 10 years, two in active service and eight on reserve. While in the service, he married Annette Joy Bailey. They had four children. The family moved to California where Gene ran his auto repair and machine shop business for 25 years in the Palm Springs area.

Gene was a loving and devoted family man who spent many weekends boating and water skiing at Lake Havasu with his children and an array of friends. He also was a private pilot. The last plane he owned was a V-Tail Beech Bonanza into which he loaded his children, then flew across the country several times.

Gene married Yvonne Aparicio in 1979, and being a bit older, promised her at least 20 good years of marriage. Of course, he made good on his word and they spent 42 Great years together. Gene and Yvonne returned to his boyhood farm in Pennsylvania in 1984, where they built a beautiful home on a clearing surrounded by woods and where he continued his machine shop business.

Gene was a beloved husband, father, grandfather, brother, cousin, uncle and trusted friend to many. He is survived by his heartbroken wife, his three surviving children and their families; Bonnie and Ofer Shimrat, San Diego, CA, Stan and Janine Durst, Indio, CA, Wendy and Michael Montoya, Waco, TX; his nine grandchildren, five great-grandchildren and two great-great-grandchildren.

Gene died at home where Yvonne had so lovingly cared for him and just a few yards from the log cabin where he was born.

The Funeral Service will be held on Sunday, November 21, 2021, at 2 pm, at Newman Funeral Homes, P.A., 179 Miller St., Grantsville, MD, where friends will be received from 11:30 am until the time of service. Interment will be in St. Paul's Lutheran Cemetery, Listonburg, PA, where military graveside rites will be accorded.