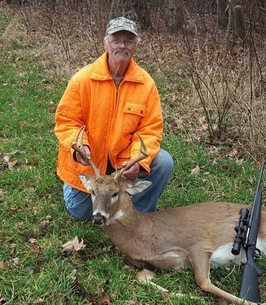 Born May 27, 1946, in Meyersdale, PA, he was the son of the late Luther and Lena (Georg) McClintock. He was also preceded in death by his step-mother, Edna (Jenkins) Artice McClintock.

Mr. McClintock was a truck driver for the Garrett County Roads Dept. He was a member of the St. John’s Lutheran Church, ELCA, Accident and the Grantsville Volunteer Fire Dept. He enjoyed hunting, fishing and spending time with his sons in the garage. He attended every game his children participated in.

Friends will be received at the Newman Funeral Homes, P.A., 179 Miller St., Grantsville, on Thursday from 2-4 and 6-8 p.m. Funeral services will be conducted in the funeral home on Friday, September 3, 2021, at 11:00 a.m. with the Rev. Peter Suwak officiating. Interment will be in the Addison Cemetery.

Expressions of sympathy may be directed to the Hospice of Garrett County, P.O. Box 271, Oakland, MD 21550.