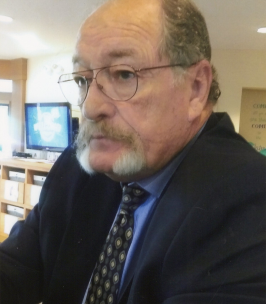 Born October 1, 1950, in Oakland, MD, he was the youngest child of the late Walter and Pearl (Swires) Schlosnagle. He was also preceded in death by his father and mother-in-law, C. Willis and Helen Silber; three sisters, Elinor (Edward) Moon, Mary (Sam) Roth and Margaret “Jean” (Alvin) Arnold; one brother, Walter “Dale” Schlosnagle.

David was a faithful member of St. Paul’s Lutheran Church.

After his graduation from Southern High School, Class of ’68, he joined the Merchant Marines, traveling to Japan, Philippines, and the East and West Coasts. He was a proud but humble Veteran of the U.S. Army, 82nd Airborne.

He attended Garrett College and was a skilled and hardworking bricklayer, coal miner and a retiree from Harbison Walker/Clayburn. David was an accomplished knife maker, who also made jewelry for his wife for 50 years. He had a deep love for his family, whom he enjoyed meals and fellowship with, especially during holiday visits. He enjoyed metal detecting with a strong recognition of history.

David could carry a conversation with intelligence and proficiency.

“A special thank you to Rev. Peter Suwak, family and friends for their prayers. Grief is the final expression of love we have to offer.”

At David’s request, he will be cremated and interment will be held in the St. Paul’s Cemetery. No services are planned at this time.